by Muhammad Abdullah
in Mobiles, Technology
0 0
0 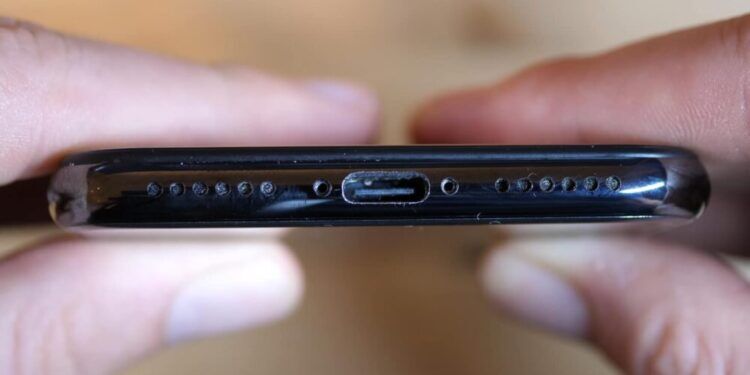 Ken Pillonel, a robotics student, created the world’s first USB C iPhone by himself last month. He was able to install a USB C connection on an original iPhone X, and it functioned properly for charging and data transmission.

His iPhone X with USB C was auctioned off on eBay this week. The auction ultimately finished yesterday night after 116 bids, and the phone was sold for a stunning $86,001. When translated to Pakistani rupees, this equates to a mind-boggling Rs. 15.11 million.

Pillonel is also a YouTuber, and in the video below, he describes how he constructed the USB C iPhone X.

He notes that the first step was to ensure that all of the devices involved were operational. After that, he reverse-engineered Apple’s C94 lightning connection and designed his own PCB based on a female USB C port. When the operation was finished, the phone’s port functioned flawlessly.

However, Pillonel advises USB C iPhone owners not to reset, upgrade, or wipe the device. He should also avoid tinkering with the internals since this might be dangerous.

Instagram Will Remind You to Take a Break Soon