Steam has always been one of the most popular places to buy and play games on a PC. Epic Games, GOG Galaxy, Battle.net, and so on are also top clients, but they can’t compare to Steam.

A surge in the pandemic led to it taking a bigger lead in PC gaming, and its effects can still be seen because most of us are still stuck in our homes. With nearly 28 million concurrent users in 2022, Valve’s game store was a huge hit. It has now reached 29.8 million users around the world.

Soon, the 30 million mark will be broken. 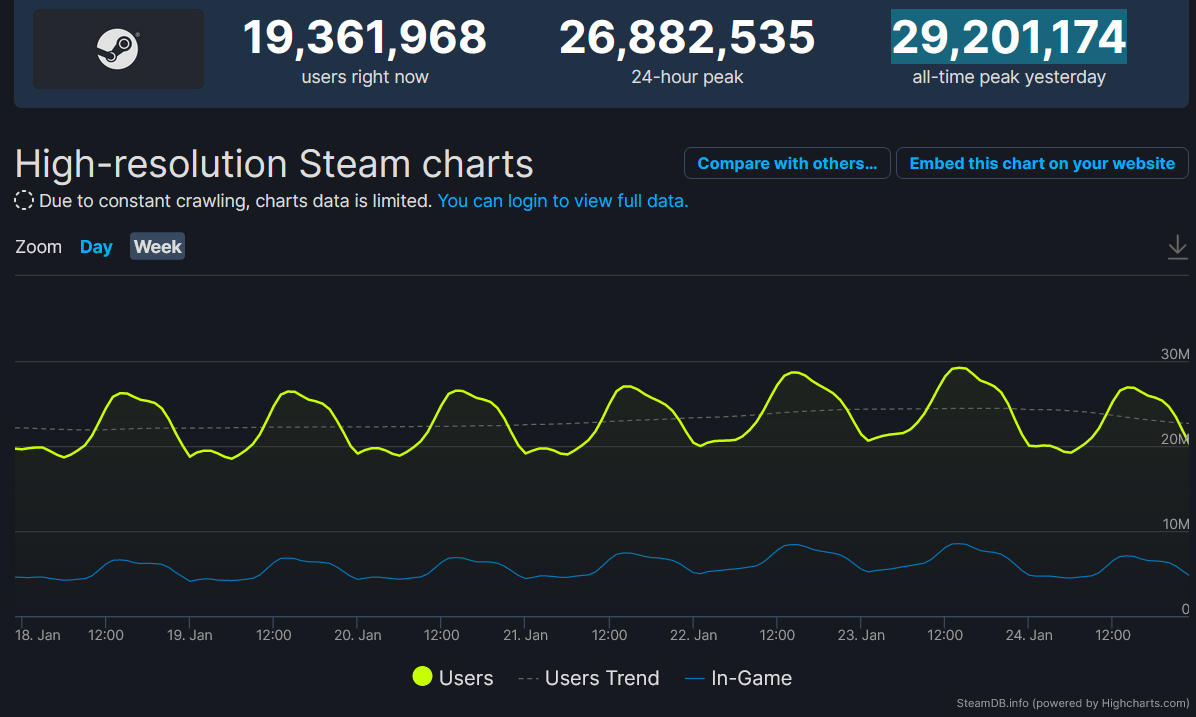 There are a lot of reasons why Steam is at record highs today. Obviously, the pandemic is the first and most important reason. Another big reason is that Steam’s most popular games still have a lot of people playing them. Titles like Counter-Strike: Global Offensive and DOTA 2 are still completely free and keep getting more people to play them.

ALSO, READ
Why is eSports Not Popular in Pakistan?

At the time of this writing, there are 897,652 people playing Counter-Strike and 698,553 people playing DOTA 2. Another factor could be PlayerUnknown’s Battlegrounds, which is better known as PUBG. Already, it is one of the most popular battle royale games out there. Recently, it moved to a free-to-play model. There are 526,863 people who are playing it right now on Steam.

If this trend keeps going, Steam might be able to reach 30 million active users by February 2022.